I have tried a dozen different undershirts, and even thought I had found the best. That is until I tried Mr. Davis. From the fabric to the cut to the length, these undershirts are the best I've ever worn.

I've searched the world for the perfect white dress shirt that is not transparent. It does not exist. But just when all hope was lost, my wife suggested searching for the perfect undershirt, which I found thanks to you. My only regret is that I thought all undershirts were the same for so long.
I was sorely mistaken. I'm ordering more now.

Just wanted to say that your shirts are the best I have found, by far.
You've really put thought into the fabric, fit, colors, and shape, and it shows. Thank you!

I’ll be honest, I was skeptical of this product...could it really be all that it was advertised to be? Let me tell you... this shirt ROCKS! I immediately tried it on under 5 of my favorite shirts, all different styles, and it just works! I am SO glad I got the 3-pack, and I would be shocked if I ever throw on a white cotton T again.

When I wore it yesterday, a very warm day, I realized that it was much softer and more comfortable than any other cotton undershirt I have ever worn. Moreover, I don’t know if it’s just in my mind or not, but it made me feel cooler than a normal undershirt would have made me feel even though it is so form fitting. I don’t understand all the technical aspects of this undershirt, but I can say that I am ordering more...These are AWESOME.

My shirt arrived this morning and before i left for lunch i switched undershirts to it. immediately i turned to my buddy who joined me for lunch “i need more of these.” I wasnt sure how the bamboo fabric would be as i had never even heard of it, but its SO soft. wearing any other undershirt now is going to feel like i strapped hay to myself.

Staying tucked in is one of the many things about this shirt that stood out for me. I’m really glad to know that this shirt is long and comfortable. I have a feeling I’ll be ordering many more of these and taking advantage of the referral program.

Fantastic product, just amazing! Extremely soft comfortable material, form fitting, not restrictive and very breathable. It's literally a climate controlled protective layer that completely tightens and smooths out your appearance. I consider myself a connoisseur of men's clothing and I have to admit the quality, style, fit and feel of these products surpassed my every expectation. Great Value for the price. I will forever be a lifetime buyer and supporter of your products.

Awesome shirts guys. Can’t even feel it on my body. Fantastic. Thanks!

I got my shirt last week and feel horrible when I have to take it off. The other day it needed to be washed and I looked at my old undershirt and just couldn’t put them on. I’d rather go without than wear something other than my Mr. Davis.

Why is Mr. Davis the Best Reviewed Undershirt?

Comfort. Fit. Quality. Service. You won't want to take it off.

Our ultra-thin 96% Bamboo Viscose, 4% Spandex blend is way softer than any cotton shirt you've ever felt. Because of the stretch, it moves with you. You'll hardly know it's there.

Each of our two cuts - tailored and traditional - is designed and sewn to 10 mm tolerances. From how our tailored cut comes in at the waist to the sleeve length, we've sweat every detail to make sure you're a customer for life.

Our goal is to have you be a customer for life. That means making things right if we mess something up and working hard to get you in the shirts that will fit you the best. If you ever have an issue, let us know, and we'll make it right.

Customers tell us they hold up to every-day use for years. If your shirt has any defects, take a picture and we’ll send a replacement. For longest life and maximum comfort, wash and dry on cold.

Direct to You Pricing

Unlike most brands, who sell through retail chains, we sell direct to you to offer lower prices. Undershirts with equivalent fabrics and finishes cost 50-100% more at retail stores.

Our priority is getting you into the right fit, even if that means an exchange. If the fit's just not right for you we offer free returns on any unworn merchandise for up to 100 days.

See why we have 98% satisfaction. It's time to change your undershirt.


Your size recommendation will appear here.

Use the sliders above to get our recommendation for a given height and weight.

With Mr. Davis, No One Can See Your Undershirt.

With a White Undershirt

A white undershirt makes the fabric of light dress shirts brighter, causing your sleeves and neck line to show through. 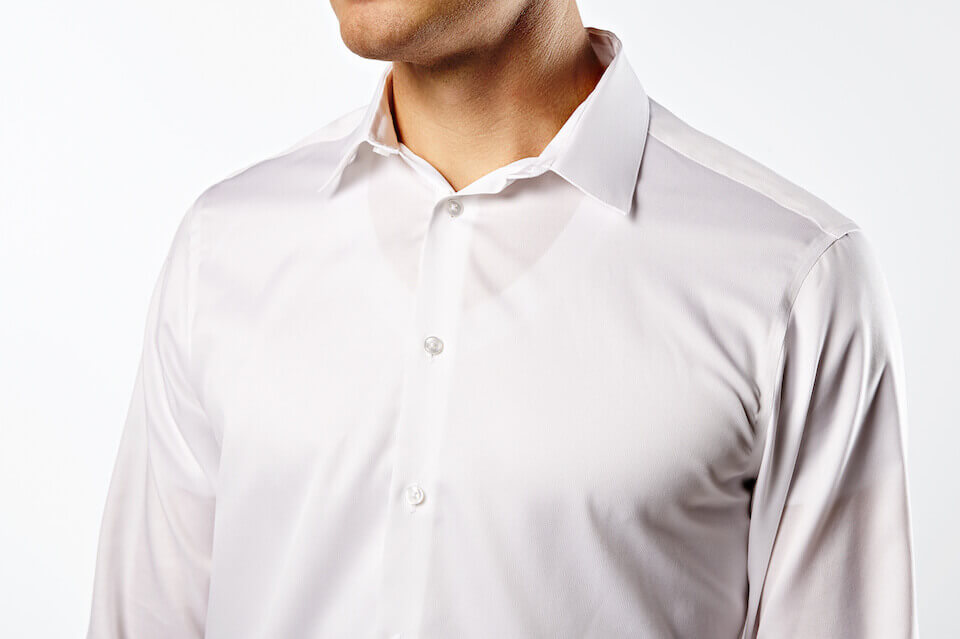 Images taken in identical conditions with no manipulation.

With a Mr. Davis Tone Undershirt

Mr. Davis Tone Undershirts blend in with a broad range of skin tones to hide under your dress shirts. No wonder some people call Mr. Davis the Invisible Undershirt.

If we haven’t answered your questions here, hit our chat icon or email us at support@mrdavis.com

How do the shirts fit?

The fit of Mr. Davis undershirts is designed to be comfortable, no matter your body type. If you prefer a t-shirt fit, or want to wear your shirt as a t-shirt, we suggest the Traditional Cut. If you have a more tapered upper body, or just prefer a bit of taper, we recommend our Tailored cut.

How are Mr. Davis undershirts cut?

We have two cuts. Here are the key details:

Why do you use Bamboo Viscose for the shirts?

Because it’s great stuff. Technically, it’s one of the softest fabrics in the world. Combined with spandex, it stretches to make you feel like you’re not wearing an undershirt.  Lastly, it has a lot of the characteristics of advanced technical fabrics in that it wears cooler than cotton and wicks moisture off your body to make you feel comfortable. For sustainability, we believe bamboo is a better product than cotton. Unlike cotton, which requires massive amounts of water to grow, bamboo requires almost no irrigation. And while there is some physical and chemical processing required to weave bamboo into cloth, it grows so fast that it’s sustainable. We think it’s a responsible environmental choice.

How should I wash my Mr. Davis undershirts?

Our official advice is to wash on cold and dry cool or hang dry. In reality we wash and dry on warm and the shirts don’t suffer much for it. They will wear a bit more and shrink a bit when you treat them poorly, so keep that in mind.

Do you ship worldwide?

We ship to more or less the whole world. Our full country list is on our cart page. Just select the drop down and hopefully we’ll be shipping you something soon!

Mr. Davis allows free returns and exchanges for unused, unworn and unwashed merchandise within 100 days of purchase (US customers only). To initiate a return or an exchange, visit our return policy page. Here’s the process to return an item:

How do I exchange an item from my order?

If you have issues with sizing or selection we provide FREE shipping both ways on exchanges (US only) of your Mr. Davis to get you in the right product. We use the same process we do for returns. We cannot exchange international orders at this time.

What payment methods do you accept?

We accept Visa, MasterCard, Discover and American Express. Email us at support@mrdavis.com if you need to make special payment arrangements.

How does the VIP Program work?

Mr. Davis is all about optimizing our cost structure to deliver value to you, and one of the best ways we can do that is by being able to predict future orders. When you become a Mr. Davis VIP Member, you’ll be set up to automatically receive your products on a fixed interval. This allows us to better estimate how much product we need to make ahead of time, which means we can save money. We pass that savings on to you in the form of a big discount.

As long as you maintain active VIP membership (and you can skip shipments as often as you’d like), you’ll be locked into your original pricing, even if prices go up in the future.

If I'm not ready for a new shipment, can I skip it?

Absolutely. We’ve made the program really easy to tune to your personal needs.  A week or so before we ship any membership shirts to you, we’ll send you an email to let you know they’re on their way.  If you’re not ready, just click the SNOOZE button in the email and we’ll delay your shipment by two months. You can snooze as often as you like. You can also pause or cancel your VIP Memberships at any time by going to staging.mrdavis.com/account

The more you buy, the bigger your discount. On your whole order. VIP subscribers save even more on every purchase, even future one time purchases.

Customers who buy the most should get the best pricing. Stock up today and save.

To Get Your Discount, Just Add More Products

Discounts apply automatically as you add more products. Mix and Match products and stack your discount.

We pride ourselves in working with the best materials and manufacturers for everything we make. We'll never produce anything we don't like ourselves or launch a new product just because it makes money.

We stand behind everything we make. If you experience any issues with your Mr. Davis products or your purchase experience, email us at support@mrdavis.com and we’ll do everything we can to make it right.